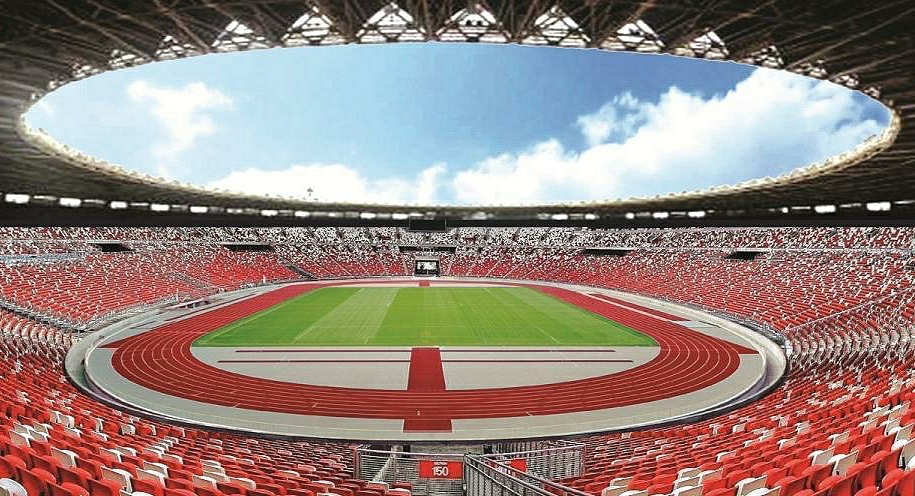 The biggest sports event in Asia – Asian Games and Asian Paralympic Games 2018, have been successfully held in in Jakarta, capital of Indonesia and Palembang, capital of the province of South Sumatra.

It was the first time that the Asian Games were held in two cities, and the second time that Indonesia had hosted the Asian Games. The first was held in Jakarta in 1962 under President Soekarno.

Originally scheduled to be hosted by Vietnam in Hanoi, the country withdrew its bid, based on economic considerations. Hereupon, Indonesia offered to hold the 18th big sports event in Indonesia.

The Logo for the 18th Asian Games is a colorful circle taken from the shape of the Gelora Bung Karno Stadium, and named the Energy of Asia, depicting the strengthening spirit of the Games, participated by multicultural nations shining for all the world to see.

The 18th Asian Games also introduces three mascots namely Bhin Bhin, Atung and Kaka. The mascots represent three aspects of these competitive games, being: Strategy, Speed and Strength. Each mascot wears special attire inspired by the traditional textiles from Papua, Jakarta and Palembang. Bhin Bhin comes in the image of the Cendrawasih or Bird of Paradise (mainly found in Papua), Atung is a Bawean Deer, symbol of speed, and Kaka is a Rhino representing strength.

While the success of the games have highlighted Indonesia as a more than capable international event host in the eyes of the world, this success also has a considerable impact on Indonesia’s economic development.

As a host, Indonesia strives to serve every foreign delegate as best as it can. One way to do this is by returning to and making progress on previously postponed infrastructure construction projects.  With new and adequate infrastructure, the safety and comfort of international guests are ensured. Indonesian citizens also benefit from this development of infrastructure, as constructing new roads and repairing damaged roads help reduce congestion and accident risks. All of these assets remain useful even after the event is completed.

With hosting an international event comes welcoming many foreign guests. Some of these foreign guests may sometimes visit other places in Indonesia to go sightseeing around the country. This opens countless doors of opportunities for the Indonesian tourism sector to promote their respective regions to the world in order to charm and attract more visitors. According to the Indonesian Bureau of Statistics, the number of tourists visiting Jakarta and Palembang have reached 1.7 million domestic tourists and 78.854 foreign tourists.

Every international event will certainly affect certain business fields, including hospitality, culinary, souvenir sales, and construction (to support frastructure development). The presence of international events also statistically increases the number of jobs and national productivity. In the recent 2018 Asian Paralympic Games event, for instance, BAPPENAS recorded an increase in employment, reaching 108,780 with an increase in real wages of 0.03%.