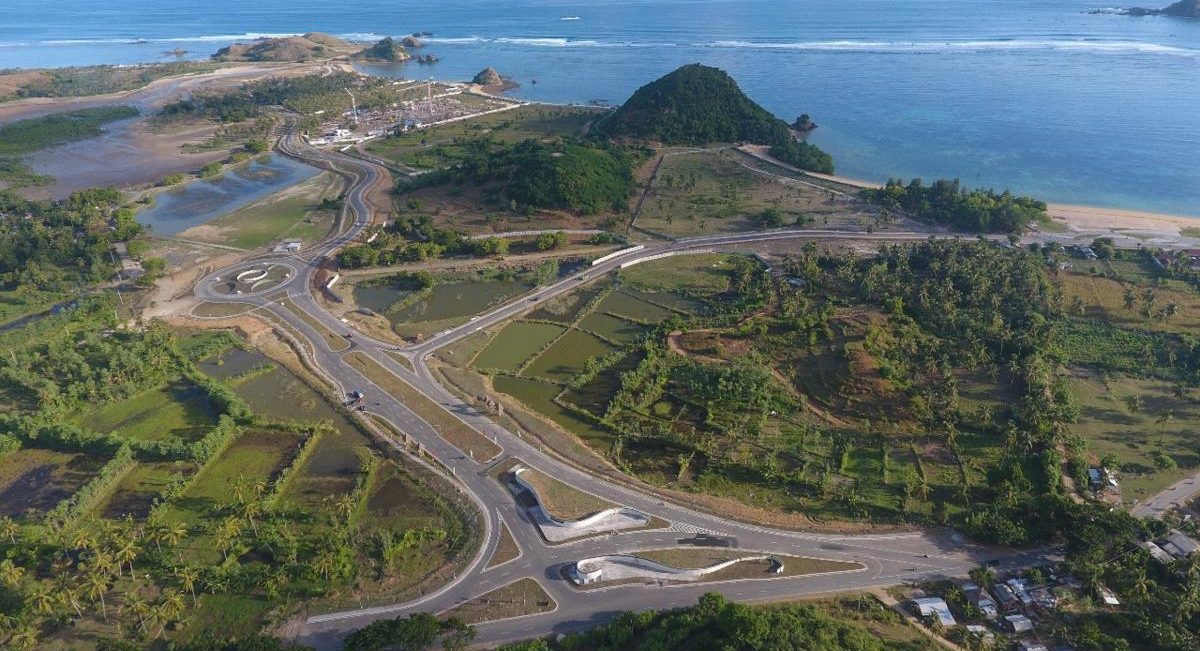 Indonesia will host a world-class motor racing event for the first time after more than two decades as the country has secured a deal with Dorna Sports’ MotoGP for a slot in the 2021 season.

The country had held two consecutive MotoGP stints at the Sentul International Circuit in Bogor, West Java, in 1996 and 1997. Legend Valentino Rossi of Italy won Indonesia’s 125 cc title in 1997.

Indonesia Tourism Development Corporation (ITDC), a state-owned company, sealed the deal with Dorna for the prestigious motorcycle race. The event is to be held on a new circuit in the Mandalika Special Economic Zone on the island of Lombok in West Nusa Tenggara (NTB), which was hit by a devastating series of earthquakes last year.

“We signed a contract in Madrid on Jan. 29 with Dorna, the MotoGP operator, and Mandalika’s street circuit is targeted to have its first race in 2021. Now, we will focus on establishing the venue, infrastructure and facilities,”

The deal includes hosting the race as well as developing the circuit.

The construction of the 4.32-kilometer racetrack through beautiful scenery from mountains to pristine beaches is part of the effort to turn Mandalika into a world-class tourist destination.

In developing Mandalika’s street circuit complex, ITDC is collaborating with France’s Vinci Construction Grand Projects, which also acts as the main investor for the project.

The US$1-billion deal with Vinci was signed on Aug. 8 last year and foresees 15 years of development.

Aside from the circuit itself, Vinci plans to build supporting facilities from hotels and a shopping mall to a hospital and apartment buildings on 131 hectares of land within the 1,175-ha special economic zone. The street circuit venue is set to accommodate up to 150,000 spectators.

ITDC construction and operation director Ngurah Wirawan said on Tuesday that the construction of the street circuit and complex would begin in October this year with the development of the foundation and underground utilities system as well as roads.

“We will start the development by constructing and preparing the main road first along with its drainage and all the underground utility system needed. Once the main access road is fully built, Vinci will continue the remaining work by constructing and installing the race track and all of the [MotoGP] racing technology,”

ITDC aims to finish the development of the road and the drainage and underground utility system as the basic infrastructure in the first half of 2020. Vinci is expected to finish the race track and technology installation on the existing road by the end of 2020.

“The road will be open for public use when there is no racing event,”

Along with the circuit complex, the general construction of Mandalika will continue with sites including hotels, resorts and various tourist attractions.

A Pullman Hotel and Resorts property, for example, has reached 35 percent of completion as of January. Other accommodation facilities, such as Royal Tulip Resort, Paramount Lombok Resort and Residences as well as Novotel Lombok, are to follow.

“So far, we have fully developed a number of public facilities [in the economic zone], such as the Nurul Bilad Mosque, Bazaar Mandalika, Kuta Beach Park and Parking area. All of those facilities have been completely constructed and are in operation,”

The Mandalika Special Economic Zone was inaugurated by President Joko “Jokowi” Widodo in October 2017 and is aimed specifically at the tourist industry. Mandalika lies around Kuta Beach some 40 kilometers south-east of the provincial capital, Mataram. The SEZ is expected to differentiate itself particularly from well-known tourist areas like Nusa Dua in Bali, which is popular for its Meeting, Incentives, Conferencing and Exhibitions (MICE) tourism.

To finance the Mandalika SEZ infrastructure development, ITDC has recently secured $248 million in financing from Asian Infrastructure Investment Bank for a 35-year tenor.

Separately, Youth and Sports Ministerial secretary Gatot S. Dewa Broto said on Friday that the ministry fully supported the MotoGP plan. However, he hinted that the ministry was not directly involved in dealing with Dorna.

The idea of bringing back the race to Indonesia with the Sentul circuit as the host had been voiced over the past few years but no deal had been secured.

“Another circuit had almost been [built] at the Gelora Bung Karno sporting complex two years before the 2018 Asian Games, but [that plan] was [canceled],”